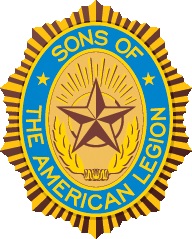 Founded in 1932, Sons of The American Legion exists to honor the service and sacrifice of Legionnaires.

SAL members include males of all ages whose parents or grandparents served in the U.S. military and were eligible for American Legion membership.

Although Sons has its own membership, the organization is not a separate entity. Rather, SAL is a program of The American Legion. Many Legionnaires hold dual membership in SAL.

The Sons of the American Legion Squadron meets every 4th Tuesday in the Pavilion Meeting Room.